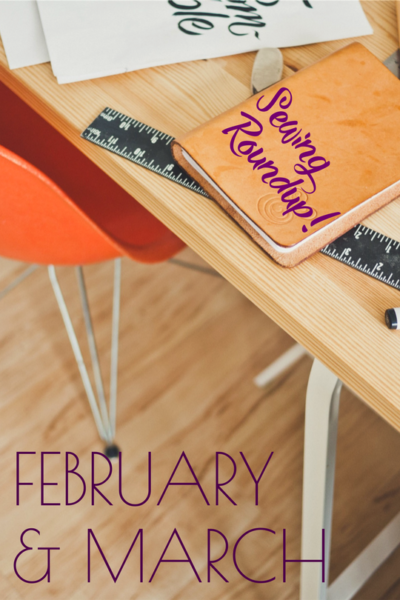 Can you believe we’ve already finished one-quarter of 2017?

I, for one, am glad.  This year has been a painful butt kicker, and brought me pretty low in February and April. The faster this goes by, the better!

If you follow this blog and Making the Flame on social media (@makingtheflame), it would seem that I haven’t been sewing – there have been almost no blog posts, and as February moved into March, very little activity on Instagram, Twitter, Periscope, and Facebook.  The fact is that I slipped further and further into a major depressive episode, and have been struggling to get out. It took all my energy to be present in my real life – socializing virtually was beyond my abilities.

To help get myself out of this, I was advised to focus on self-care – not because self-care alone can pull you out of depression, but because depression blocks you from caring about anything, and you often let yourself go in harmful ways – sleep deprivation or excess sleep, no or poor grooming, no or unhealthy food, etc. Even if you don’t address the major self non-care, whatever you *can* do is better than nothing. All I could do was sew, so I did.

It would not be an exaggeration to say that sewing broke through the pain and rescued me. I am so grateful I found a place to live which could accommodate my studio, because I sewed at all times of the day or night. 2am, 6am, and everything in between. I needed to cling to something, and the ability to create was there for me. So what did I make? 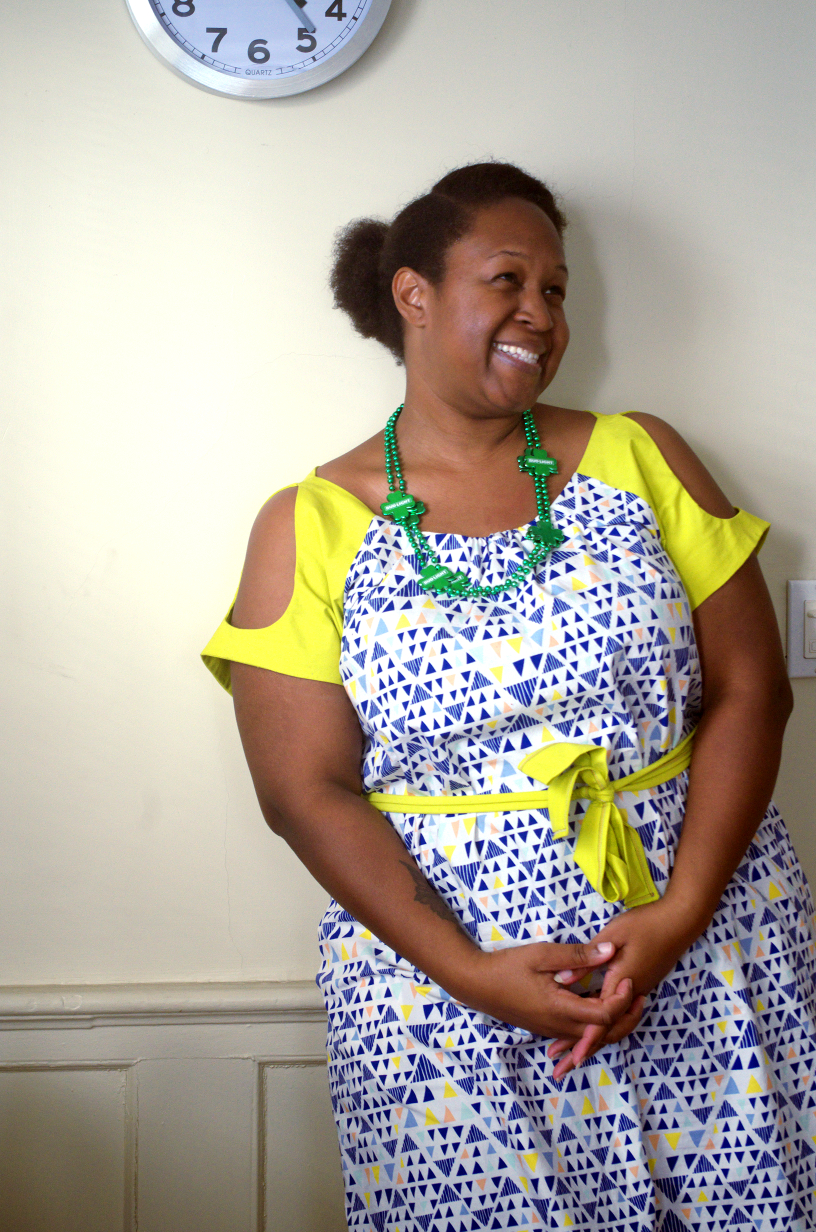 Well, I focused on finishing! Namely, my Day and Night Challenge dresses. :) Yes, I was still working on the challenge. Better late than never, I always say. And anyway – the best part of a challenge is pushing yourself to do something good that you wouldn’t have thought to do, right? Thanks to this challenge, I have a pretty new dress for spring, and a LBD for special occasions. My first LBD! 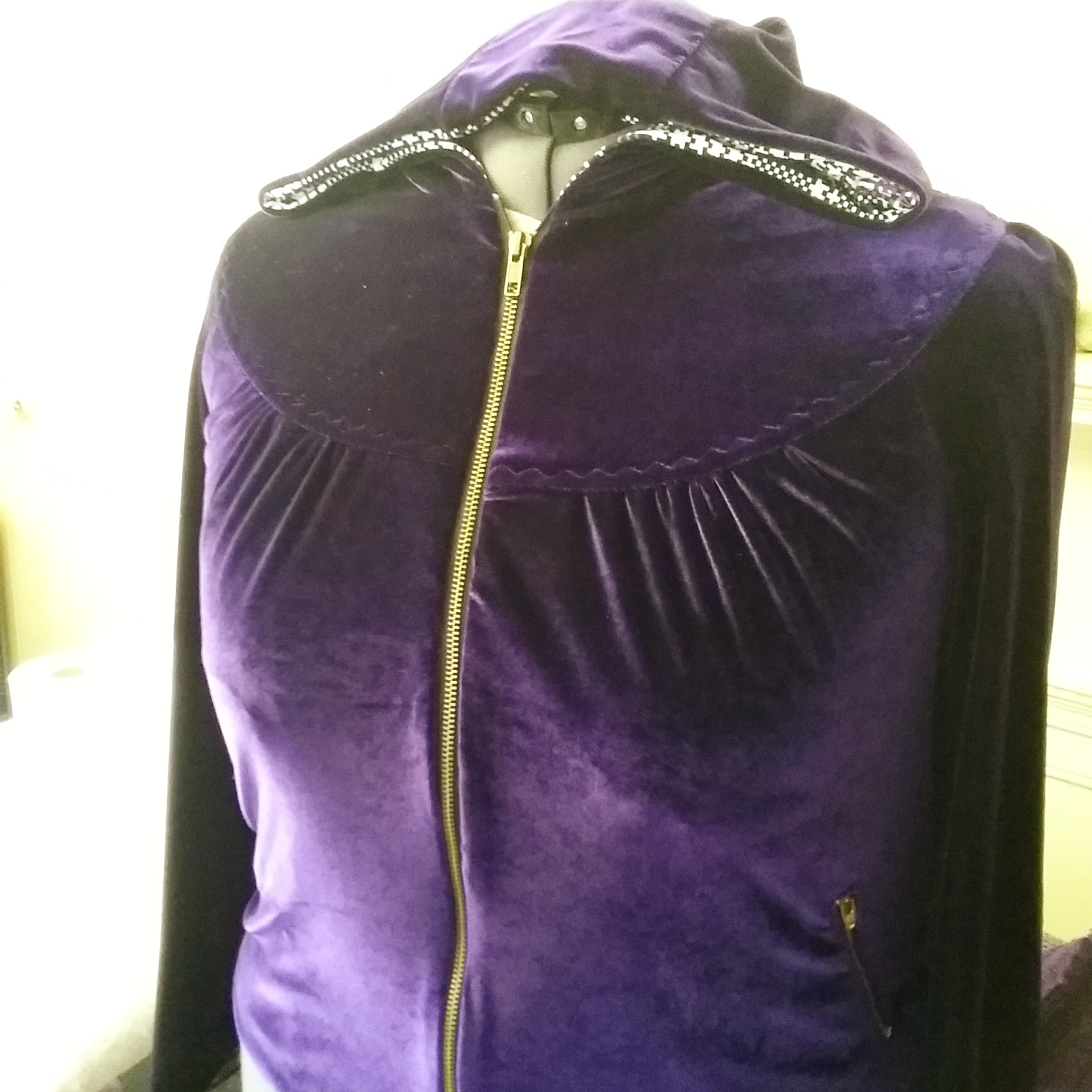 I also made more progress on my purple velvet Cookie Blouson, and it’s in the home stretch. I still need to fix the center front at the zipper tape, to get everything lined up. Then I can topstitch the edge and move on to attaching the hem band and cuffs. That’s all that’s left! I haven’t decided whether to do the cuffs in the same purple velvet, or some black stretch lace I picked up. I think the contrast would be cool – or really weird. Hopefully, we’ll all find out together sooner rather than later. 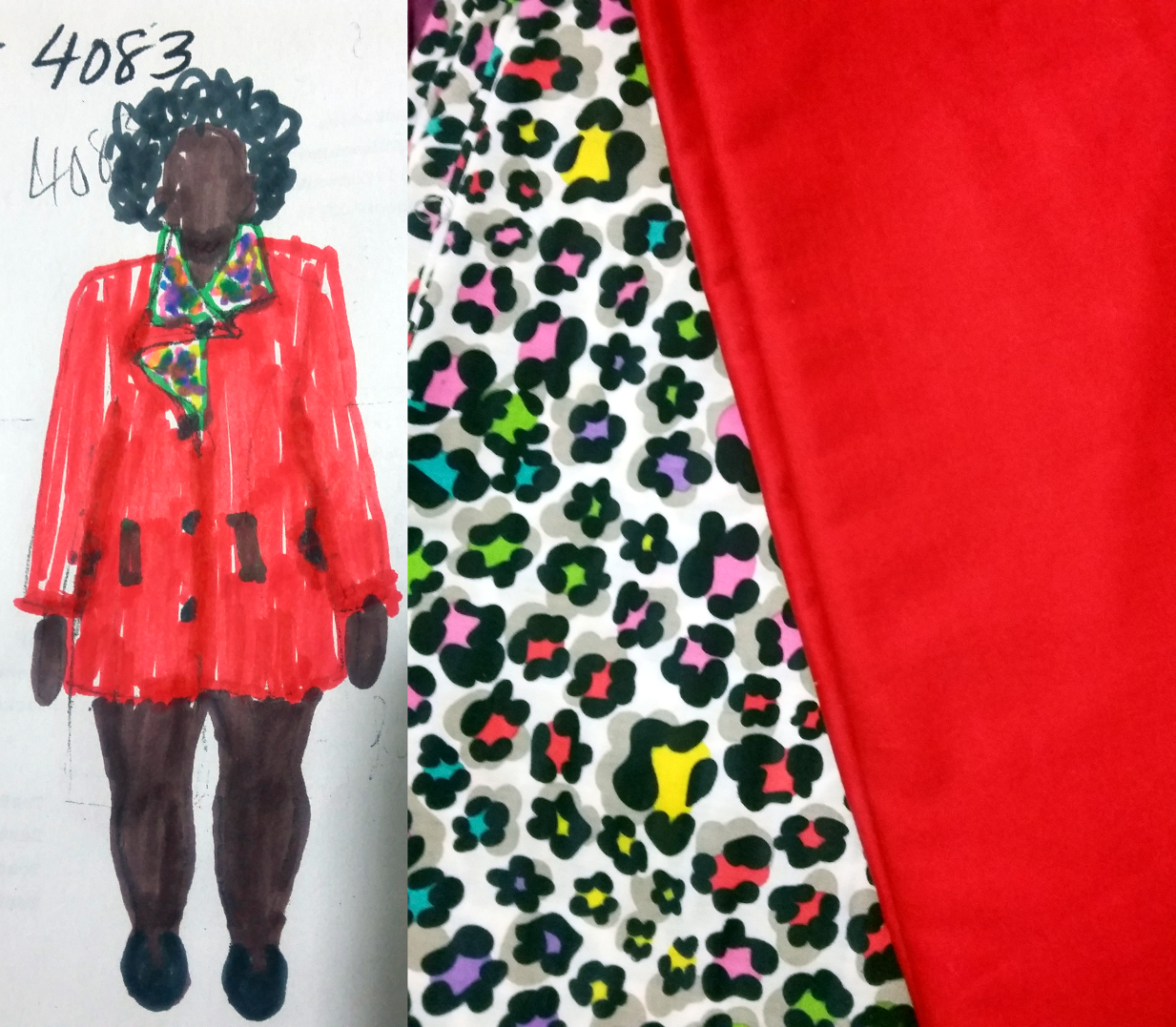 Speaking of outerwear, Lekala 4083 has been going like gangbusters and I’m in the home stretch with this one as well. I thought I could sew it without reading the instructions, but the collar is pretty tricky. Otherwise, it’s a straightforward sew. But I still made mistakes :-p thankfully they’re minor. What’s sewing without some character, right? Hah. 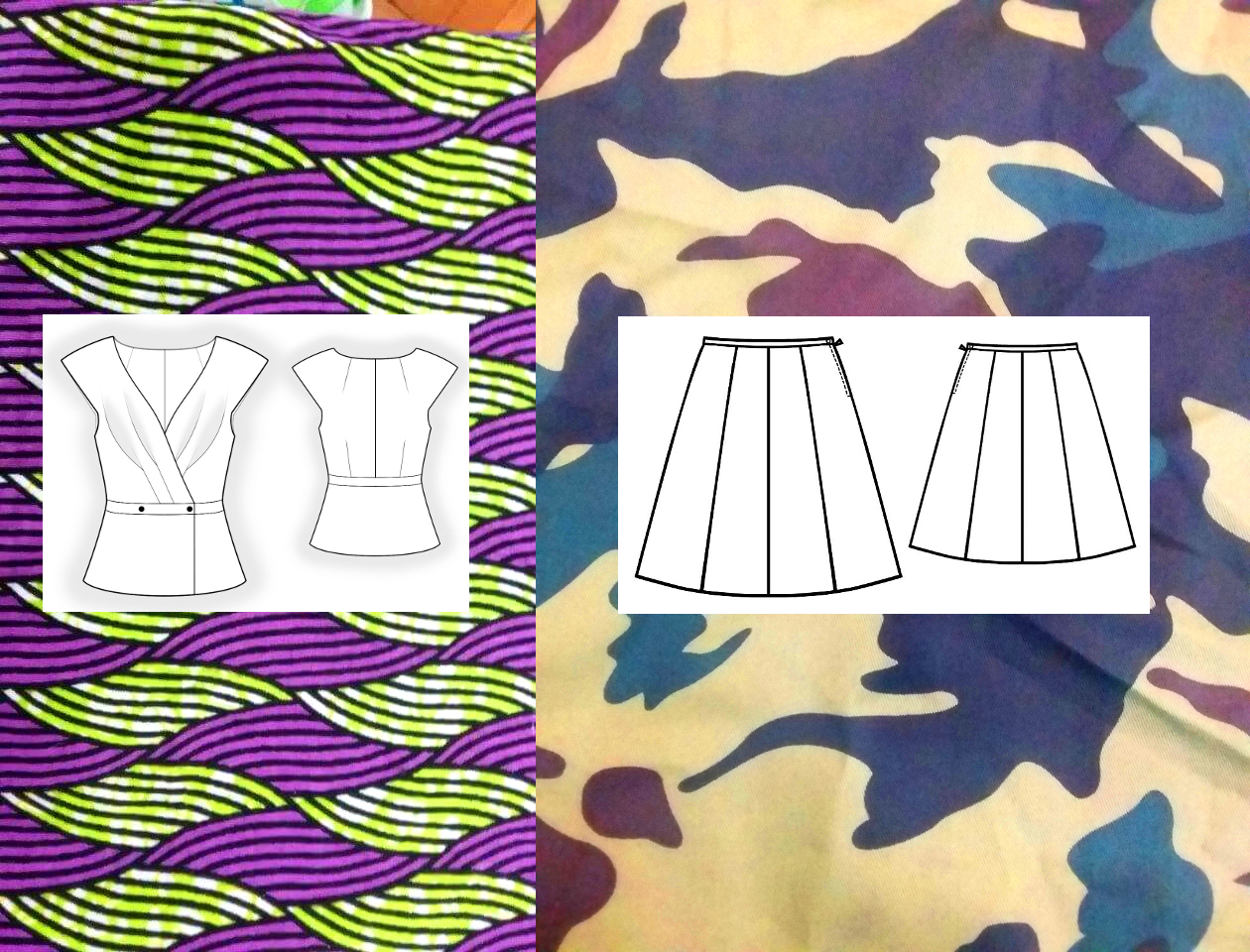 I also finished that camouflage skirt for my best friend’s friend, and the muslin for my cousin’s top. I need to get cracking on her wearable muslin now…

And lastly but not leastly, I’ve drafted SO MANY BLOG POSTS! LOL! Seriously, I love writing but couldn’t bring myself to take photos in anything. So there are almost ten posts sitting in my drafts folder. The weather is also kind of at fault for this back up, as it has sucked. Where’s spring, eh Mother Nature? Anyway, hopefully the weather warms up and dries out, and I am stable enough to pose for photos without freaking out. Crossed fingers…

At this moment,  I’m still struggling with this depressive episode, though I feel better in some ways. I have no clue whether I’ll get back to my normal self this month, but blog-wise the plan is to finally share the posts sitting in my drafts folder. First up is – my review of the new Vogue patterns in a really cool new format, which will hit the blog on Friday. 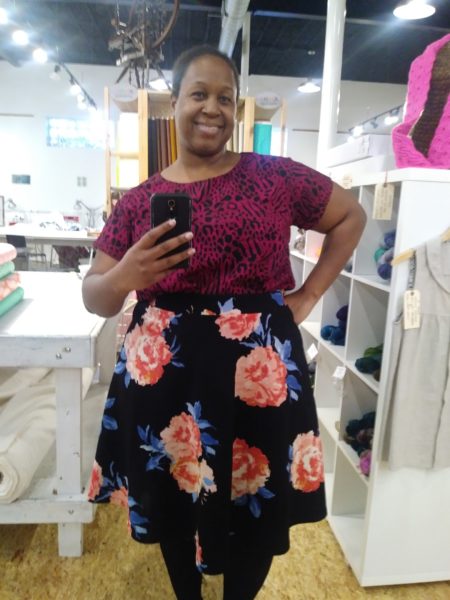 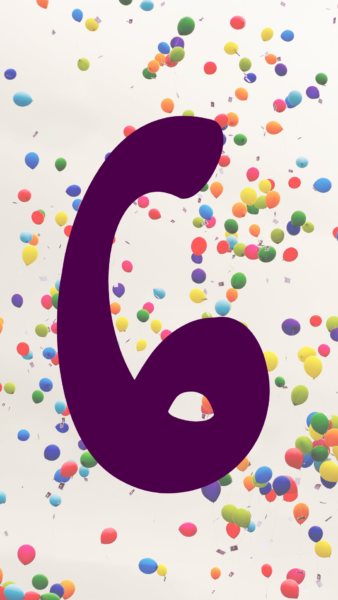 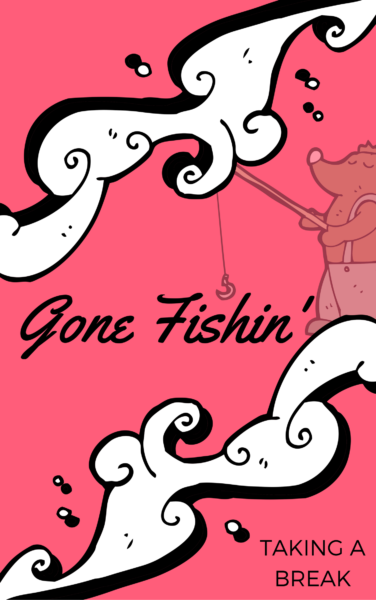 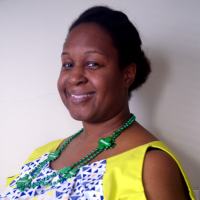